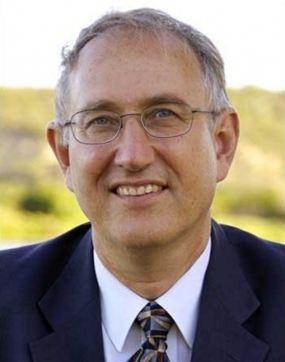 There is no language more powerful than the language of music. Music crosses all cultural and linguistic barriers.

You will find people in Asia appreciating the music of Bach, Mozart, or any number of European composers. You will see North Americans choosing Indian ballads over their own local selections. And, even in the heart of Africa, you will find indigenous tribes singing and dancing to the music of the Western pop heroes.

In Africa, certain tribes even use the music of such composers as Jimi Hendrix in their Voodoo rituals since the beat and atmospheres found in his work, and that of other rock musicians, so closely resemble the rhythmic style of the native jungle groove. Rock is equally suitable for inducing the right atmosphere for the ritual dances and religious ceremonies.

Music, of all the art forms, speaks most loudly to the emotional faculties. We react to music on the sensory modal level of functioning. Music is heard in the part of the brain that receives the stimuli of sensations and emotions. It bypasses the brain centers involving reason and conscious decision making.

In other words, music does not enter our minds via the master brain but enters by way of the thalamus, a relay station for sensations and feelings. When a stimulus reaches the thalamus, the master brain is automatically invaded. If the stimulus is continued for some time then the person's brain is eventually influenced to react to its surroundings in the way the stimulus suggests it should. Reason is broken down and the response becomes automatic.

Willem Van de Wall, in his book, Music in Hospitals, puts it this way:

Much of what we call irresistible in music is so because we react on the sensory-motor level of functioning.i

It has also been scientifically revealed that music has a direct effect on the pulse rate, blood pressure, nervous system and glands of the body.

Jimi Hendrix, the guitar hero who wrote the hit song entitled "Voodoo Child," reveals the strength of music as a medium for setting atmosphere and indoctrinating minds:

“The blues are easy to play but not to feel. The background to our music is a spiritual-blues thing. Blues is a part of America. We're making our music into electric church music—a new kind of Bible, not like in a hotel, but a Bible you carry in your hearts, one that will give you a physical feeling. We try to make our music so loose and hard-hitting so that it hits your soul hard enough to make it open. It's like shock therapy or a can opener. Rock is technically blues-based...We want them to realize that our music is just as spiritual as going to church. Ii

Classical music great Claude Levi Strauss made the connection between spirituality and music. Here are his words:

Since music is the only language with the contradictory attributes of being at once intelligible and untranslatable, the musical creator is a being comparable to the gods, and music itself the supreme mystery of the science of man. iii

The spiritual implications of these statements are more than clear. And it is only when one has experienced music, not merely as a casual listener, that you can appreciate the incredible depth of influence that can be accomplished through the use of this powerful yet subtle form. I would stop short of comparing the musician to "a being comparable to the gods," but I would most definitely stress that anyone who doubts the persuasive influence of music is doing so purely from the point of ignorance, or stubbornness.

In Christianity we see many denominations, especially the more charismatic churches, using music to create an atmosphere of celebration and liberty of expression, serving much the same purpose as the music in the aboriginal or mystical worship context.

God gave us all wonderfully created ears and brains that we can use for the good of ourselves and those around us. All these intricately and carefully made structures are part of the body temple that belongs to the Creator Himself. He wants to dwell in us through the Holy Spirit by taking up residence in our lives. In love, He warns us about the results of abusing the dwelling place of His Spirit:

Don't you know that you yourselves are God's temple and that God's Spirit lives in you? If anyone destroys God's temple, God will destroy him; for God's temple is sacred, and you are that temple(1 Corinthians 3:16-17).

Let us seriously consider what we subject our bodies to. Weigh the consequences carefully before just listening to any kind of music at any volume because it feels good. Be aware of the atmosphere that is being created by the music you hear. "Test the spirits, to see whether they are of God" (1 John 4:1), and ask the Holy Spirit to guide you in the choices you make, musically, and otherwise.