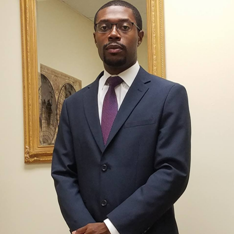 In October's publication, David Rehm wrote an article on the 24 elders and it was inadvertently released. We want to clarify in this article some of the incorrect views that were presented by him and present the correct view for our readers.  In order to gain a correct understanding of what the Word of God is saying, we must compare scripture with scripture, line upon line, and precept upon precept. (Isaiah 28:9,10; 1 Cor. 2:13) This is God's ordained method for studying the Bible

Speaking of the 24 elders, Revelation 4:10 says, “The four and twenty elders fall down before him that sat on the throne, and worship him that liveth for ever and ever, and cast their crowns before the throne.”  According to this verse we see that they fall down and worship God and they are wearing crowns. We are called to worship God and we also will be wearing crowns when we get to heaven. James 1:12 says,
“Blessed is the man that endureth temptation: for when he is tried, he shall receive the crown of life, which the Lord hath promised to them that love him.” We are not the 24 elders, but they are human beings, just like we who have been saved by the blood of the Lamb.

Revelation 5:8,9 says, “And when he had taken the book, the four beasts and four and twenty elders fell down before the Lamb, having every one of them harps, and golden vials full of odours, which are the prayers of saints. And they sung a new song, saying, Thou art worthy to take the book, and to open the seals thereof: for thou wast slain, and hast redeemed us to God by thy blood out of every kindred, and tongue, and people, and nation.” Clearly the 24 elders are redeemed by the blood according to this verse. If they are redeemed, then they lived on this sinful earth because we are the only fallen world. Notice Ellen White in Christ's Object Lessons, page 190, writes, “By the lost sheep Christ represents not only the individual sinner but the one world that has apostatized and has been ruined by sin. This world is but an atom in the vast dominions over which God presides, yet this little fallen world - the one lost sheep - is more precious in His sight than are the ninety and nine that went not astray from the fold. Christ, the loved Commander in the heavenly courts, stooped from His high estate, laid aside the glory that He had with the Father, in order to save the one lost world.” Amazing Love!!!

Matthew 27:52, 53 says, “And the graves were opened; and many bodies of the saints which slept arose, And came out of the graves after his resurrection, and went into the holy city, and appeared unto many.” The resurrection that took place at the death of Christ is when they came from the grave. Who led them into heaven?

Ephesians 4:8 says, “...he ascended up on high, he led captivity
captive, and gave gifts unto men.” The 24 elders were captive to the grave, but because Christ conquered sin, they were led captive to heaven and when Christ was crowned as high priest and the Holy Spirit descended upon the disciples, he gave them spiritual gifts. The gifts of tongues and miracles were revealed in Acts 2 and 3. Spiritual gifts are an evidence of the Spirit of God in one's life. Read 1 Cor. 12:7-11.

We are a Son of God only if we are allowing the Holy Spirit to transform our lives that we may be like Christ. John 1:12, 13 says, “But as many as received him, to them gave he power to become the sons of God, even to them that believe on his name: Which were born, not of blood, nor of the will of the flesh, nor of the will of man, but of God.” To be born again means to be radically changed. It means to hate sin because God has transformed the heart. It means to take on the character of God, where we no longer walk after the flesh, but walk after the fruit of the spirit revealed in Galatians 5:22, 23: “Love, joy, peace, longsuffering, gentleness, goodness, faith, meekness, temperance.” This is the fruit that will be seen in the life of a Christian that is born again. Have you been born again?

“Jesus answered and said unto him, Verily, verily, I say unto thee, Except a man be born again, he cannot see the kingdom of God”
(John 3:3). Only by spending time with Jesus can we be changed. Prayer and Bible study equips us for this continual transformation that is the work of the lifetime. Only when we fully surrender to God can this change begin take place.

“When the soul surrenders itself to Christ, a new power takes possession of the new heart. A change is wrought which man can never accomplish for himself. It is a supernatural work, bringing a supernatural element into human nature. The soul that is yielded to Christ becomes His own fortress, which He holds in a revolted world, and He intends that no authority shall be known in it but His own. A soul thus kept in possession by the heavenly agencies is impregnable to the assaults of Satan. But unless we do yield ourselves to the control of Christ, we shall be dominated by the wicked one. We must inevitably be under the control of the one or the other of the two great powers that are contending for the supremacy of the world. It is not necessary for us deliberately to choose the service of the kingdom of darkness in order to come under its dominion. We have only to neglect to ally ourselves with the kingdom of light. If we do not co-operate with the heavenly agencies, Satan will take possession of the heart, and will make it his abiding place. The only defense against evil is the indwelling of Christ in the heart through faith in His righteousness. Unless we become vitally connected with God, we can never resist the unhallowed effects of self-love, self-indulgence, and temptation to sin. We may leave off many bad habits, for the time we may part company with Satan; but without a vital connection with God, through the surrender of ourselves to Him moment by moment, we shall be overcome. Without a personal acquaintance with Christ, and a continual communion, we are at the mercy of the enemy, and shall do his bidding in the end.”
{DA 324.1}

“’The last state of that man is worse than the first. Even so,’ said Jesus, ‘shall it be also unto this wicked generation.’ There are none so hardened as those who have slighted the invitation of mercy, and done despite to the Spirit of grace. The most common manifestation of the sin against the Holy Spirit is in persistently slighting Heaven's invitation to repent. Every step in the rejection of Christ is a step toward the rejection of salvation, and toward the sin against the Holy Spirit” Desire of Ages pg. 324.

Will you reader fully surrender to Jesus today?