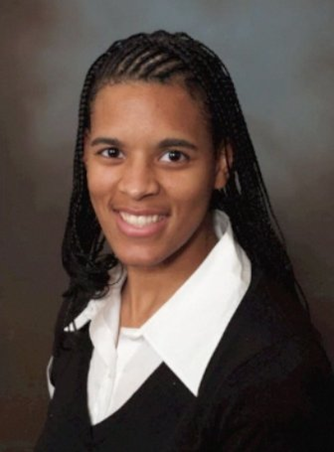 One of the most valuable commodities in the world is oil. Because of its scarcity, its demand, its many uses and the fact that it is a limited resource makes it all the more sought after. The burning of fossil fuels primarily coal, fuel oil or natural gas, is being blamed  as the number one cause of climate change and global warming. Certainly there is much fear-mongering propagated by proponents of climate change; which is given more credence because scientists and environmentalists are presenting “evidence” that human activity is mainly attributable to climate change, warning that if human behaviors are not adjusted (by law) then devastating and cataclysmic weather patterns will intensify and reach levels never before seen. This is one of the reasons why 195 countries signed the Paris Climate Agreement in December of 2015, which Pope Francis had a strong influence in. According to reports, “Nobody, whether atheist or religious, can deny that the Pope’s encyclical on caring for our common home is a big deal.Its immediate importance comes from its potential to influence world leaders and galvanise the developing world ahead of the Paris Climate Conference this year.”[1]

In his environmental encyclical, Pope Francis made a strong case that climate change was a “moral problem” caused by human activity which would necessitate government-enforced “moral” solutions. Not only does Pope Francis have much influence over world leaders, and spares no pains in addressing climate change with them when he meets them, but he also has much influence over business persons, merchants across the spectrum and has the ability to likewise persuade them to advance his agenda using their respective platforms. Therefore, it should come as no surprise that Pope Francis has not only invited oil executives to the Vatican, but he summoned them, as multiple headlines put.  One example is CNBC’s headline “Pope Francis summons oil execs to Vatican to talk climate change. [2] That word was not randomly chosen, it was specifically used to convey the authority of Pope Francis as summon means “to call, cite or notify by authority to appear at a place specified, or to attend in person to some public duty, or both.” It must also be noted that in scripture the Papacy (symbolized as Babylon) is in control of the merchants (Revelation 18:3).

Regarding the meeting, The New York Post states “Pope Francis will meet with some of the world’s oil executives next week, likely to give them another moral nudge to clean up their act on global warming...The conference will be a follow-up to the pope’s encyclical three years ago calling on people to save the planet from climate change and other environmental ills, Vatican spokesman Greg Burke confirmed Friday. Cardinal Peter Turkson, who spearheaded the encyclical, set up the June 8-9 conference with the executives. The pope himself will speak to the leaders on the second day of the summit, organized with the University of Notre Dame, Burke said.” [3] Notice the use of the word “moral.” Morality is something that should not be legislated as it would be “mor-ality” as defined by the Pope and would necessarily do away with personal conscience, which by the way, Pope Francis said religion cannot be confined to personal conscience.

Relating just how highly esteemed  Pope Francis is regarded  among oil executives and other persons of influence and how valuable he is to the discussion for action on climate change, the article brings out the following, “Jerry Taylor, president of the Washington libertarian-oriented think tank Niskanen Center, said he figures the oil executives will tell the pope they’re willing to accept action, such as a tax on heat-trapping carbon dioxide emissions. ‘But what is needed is for these oil majors to tell Republican lawmakers of their concern and support for action, not the pope. And this they have not done in any focused, sustained, or meaningful way,’ Taylor said in an email. That’s where, he said, the pontiff needs to push them further on the morality of what they’re doing, he said. Dana Fisher, a sociologist who studies environmentalism at the University of Maryland, said the pope is cementing his leadership on climate. ‘He certainly is trying to lead for the planet and Lord knows we need it,’ she said. Gary Yohe, an economics and environment professor at Wesleyan University in Connecticut, said the executives might feel compelled to listen to the spiritual leader of nearly 1.3 billion Catholics. ‘This is not somebody you can ignore,’ Yohe said. ‘It might be a come-to-Jesus moment for them.’”[4]

The last man quoted above, Gary Yohe, is certainly right that Pope Francis is “not somebody you can ignore.”  The history of the Church that he heads attests to that reality and also the history of his Jesuit order.  If the Pope and/or his church is ignored or defied, dissenters have only to look forward to infamy, derision, threats, restriction of rights, severe persecution and even death. Interesting is how Yohe closed his statement and how the article closes: “It might be a come-to Jesus moment for them.” To Roman Catholics and even some non-Catholics the Pope is the “Vicar of Christ,” Christ’s representative on earth; however, to Bible students he is the anti-Christ.  If indeed this meeting is a “come-to-Jesus moment,” then the oil executives, as the anti-Christ’s (Pope’s) disciples will carry out his every command and demand, and joining the movement clamoring for the enforcement of moral solutions to arrest the so-called devastation of climate change--and the primary solution set forth in the Pope’s encyclical is mandatory Sunday observance along with the partaking of the Eucharist.

We are living in solemn and important times and the prophecies of Revelation 13 are fast fulfilling.  God’s people are to now make sure that they have oil in their lamps as had the wise virgins, so that when the crisis breaks open, they are prepared to meet it.  May we not be found without an anchor or a shelter at that time!